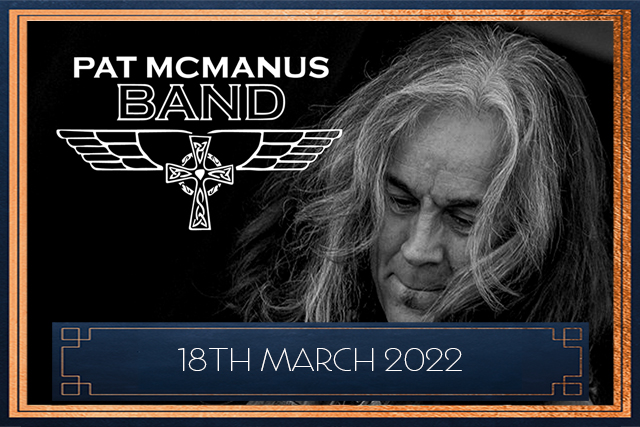 Additional Info
Aged 20, Pat stumbled across a band called Horslips. As Horslips were a Celtic rock band, the 3 brothers could relate to their music and quickly became big fans and later attended so many gigs that they formed a friendship with the guys in the band. The brothers soon swapped their Fiddles, Uilleann Pipes and Bodhrans for electric instruments and formed their first band called - Pulse, with Pat on Guitar, John on Bass & Vocals and Tommy (who was only 12 at the time) on drums. During an interview with Radio Luxembourg , Dj – Tony Prince, who remarked how young they all were, jokingly called them Mama's Boys - the boys changed their name. It was just meant to be an ‘of the cuff’ remark but the name stuck and soon the 3 brothers were officially known as Mamas Boys.

So quickly did they begin to win over their live audiences that soon they were invited to support almost every rock band that came to Belfast or Dublin . By this time, the brothers had released their first self financed album called “The Official Bootleg”. It was really just a demo that had been pressed onto vinyl and sold at their gigs. The first pressing of only 1000 (which had 10 tracks) sold so quickly that it had to be repressed time and time again (this time however with only 8 tracks). The album got the band noticed in England and in 1981 Mamas Boys were invited to tour the U.K. with Hawkwind. In 1982 the band released their second self financed album “Plug It In” which gained great reviews and spurned the hit single “Needle in The Groove”. Record labels were by now fighting over the band and this saw “Plug it in” repackaged and re-released in the U.K. by Ultranoise and by Virgin in France . Apart from headlining their own shows the band toured with Wishbone Ash and in 1983 they released their third album Turn it Up. By now the band were so popular that Phil Lynott personally asked them if they would be his support band on Thin Lizzys’ farewell tour which also included a slot at Reading Rock.

It was whilst signed to Jive that Pat first began to work as a session man for other artists which included a very wide range of acts such as John Parr, Tricky and Samantha Fox. (Pat is responsible for the guitar work on her hit single ‘Touch Me’ and she also covered a Mamas Boys song ‘Spirit Of America.’) In 1985 their 5 th album “Power And Passion” was released and after touring Europe in April and May they again headed to the States to tour with Bon Jovi and Ratt before briefly flying back to England to play the Knebworth festival with Deep Purple in front of 100,000 people. The tour ended up in Europe with Gary Moore and then onto Ireland by themselves in December of that year.
Artists
Pat McManus Band 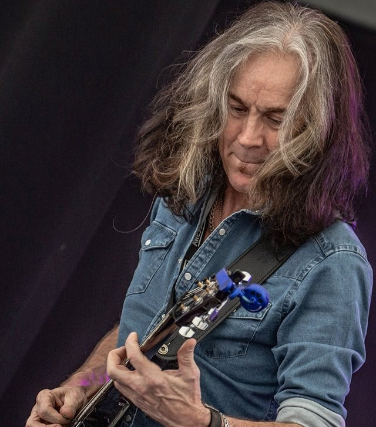